In my last post I have started a series about Power, Process, Project and People. In this post I like to reflect a bit on power and what I am doing with respect to power in my daily Enterprise Architecture life. Just to repeat the definition from the Oxford Dictionaries: Power is the ability or official capacity to exercise control; authority. There is of course a lot of other definitions or deeper explanations of this concept. As a starter I recommend to read the Manifesto reference-sheet from power and response-ability from Tom Graves. For simplicity reasons I here stick to the very simple above mentioned Oxford Dictionaries definition.

Power is most obviously found in organizations by just looking at the organizational chart. In most cases it is formed like a pyramid with one on the top and some below, which have each some below them again. This can potentially be a very high structure (e.g. CEO > CxO Board > Divisions > Departments > Groups > Employees), even though there is some companies who run a flat hierarchy. In most cases these structures are self defending (GLUE Division Defence). It is very uncommon to see an Employee who has a higher salary than his manager. Also concepts like a technical career path typically only worsen the situation, because now the employees themselves are organized in a pyramid. And it can all be summed up by the concept of Julius Caesar: Divide and Conquer, which I have used to introduce the concept of the GLUE Domains. What I observe most it that it is limiting and framing people into something way smaller than they could be.

So what am I doing different? I am actually using the GLUE Domains in the GLUE Space to identify and map the power structures. The amount of GLUE Decks very  much depends on the context. For the blog I use four to explain the concept, but it can easily go way higher (or lower). 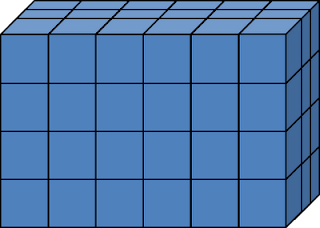 Typically these Domains are in conflict with each other with respect to Roles and Responsibilities. For example the responsibility of an Application Owner in the processes of Application Lifecycle Management who owns every aspect of his Application: 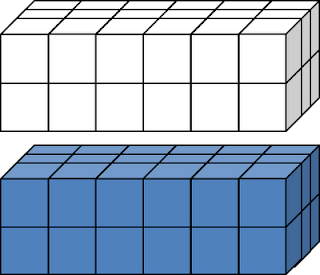 And Test Execution, which is typically owned by Test Management. Here two Empires are potentially in conflict. 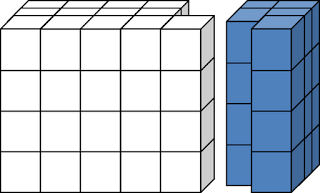 The (theoretically) simple answer for Enterprise Architecture is now to work close to the decision makers (in this case most likely the CIO) and guide the CIO to take the right decisions. The basic (and I think wrong) assumption behind that is, that the CIO decides and forces it in. Following the basic idea of the power then this is indeed the case and especially and heavy command & control liking environments there is a high likelihood that  this will indeed be forced in, because the managers on those structures want to know everything what their people know. I personally believe that this is in most cases causing more damage than it is repairing, therefore I do work different. (Seth Godin touches this problem in his post destabilizing the bullying power structure.

I do not need only a strong connection to the decision makers, but I do need to be connected also to the lower levels of the organization. Therefore no framework and no formal governance is enabling me to be an enterprise architect, but knowing that I am one helps a lot! So instead of relying on pure power structures I go to the people who have the conflict and challenges at hand, and then I am doing Enterprise Architecture work by helping them to connect to the holistic Enterprise (repairing GLUE Diseases), no matter how deep or high they are on the ladder of power. That of course requires that I have to earn trust first, which is most easily achieved by walking the talking, especially when the advice is beyond the scope of the power structure.

Email ThisBlogThis!Share to TwitterShare to FacebookShare to Pinterest
Labels: power