I keep writing about People, because I strongly believe that in the end the only thing which really matters is people, like in the Agile Manifesto: Individuals and Interactions over Processes and Tools. 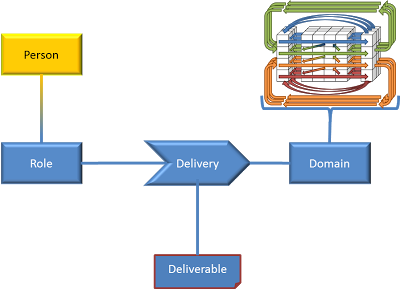 In the past days I have seen plenty of interesting posts putting various concepts in the focus. One caught my attention and is very much worth to read:


This post followed some back and forth twittering and it was a very enjoyable discussion. It triggered some thinking I wanted to reflect already for a while, because every now and then I see an interesting tendency to market something as the one and only way on how to look at the world or solutions, be it IT or non IT.

Coming back to people I want to reflect on three forces especially which I observe every day and what I do to work with them or what I see in the typical Enterprise Architecture approaches. The three forces are (for each one definition from Oxford Dictionaries):

The definition of process and project is sometimes confusing if compared, so for simplification I typically differentiate by using project in the context of unique deliveries and process if the deliveries are repeatable. These three forces have a different effect on people, and each and every person has a different opinion what type of force he prefers, but in typical organizations all three forces exist in co-existence and influence each other. The key to all these three powers in the end is the People though and interesting enough they get quite often forgotten.

This is only the first post in a series, otherwise it is getting too long. The next post will be about power. If you have any input to give straight away then I am happy to read or hear from you.
Eingestellt von Unknown um 21:49