Enterprise Architecting Past, Future or Present

Yesterday I saw a message on Twitter which created an emotional reaction of mine. I tried to answer in 140 letters (the magic of twitter), but failed. I was not able to express what I really felt and did not made my point, which caused (of course) another reaction. The conversation was friendly and nice all the time, but I have an uneasy feeling that I missed my point completly. Very fitting to that problem there was yesterday also a quote:

So, where was my problem really located:

By looking at this it is really eye catching for me is that Enterprise Architects are defined altruistic and everyone else egoistic. I personally highly doubt that the job profession has anything to do with being altruistic or egoistic. This is part of the person which fulfills the role, but not in the role itself. But my answer wasn't touching my points good enough at that point in time:


I highly doubt that #EntArch knows what's best for anything. Not to be known upfront, only known by looking back!

First sentence fits to my thinking, so point expressed. With the second sentence I tried to express that Enterprise Architects do not know the future, but can only make fact based statements about the past. Both of this needs some explanation. As I have pointed out my definition of Real Enterprise Architecture is kind of a holistic approach, but here I like to focus on the deliverables directly attached to Architecture: 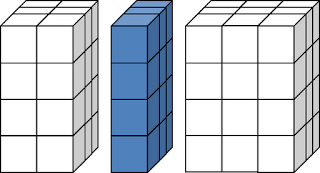 Looking into the future is an interesting (but not always relevant) thing to do. In GLUE it belongs to the Division Destination. As a mathematical exercise the basic assumptions are:
Given that fact looking just one year ahead to give an architecture recommendation (what architects are typically asked for) there is 5*5*5*1*1 = 125 options to recommend.  Now in most cases Architecture changes need some time, so lets assume that we want to look 5 years ahead. Then the number is slightly bigger: 125*125*125*125*125 ~ 30 billion (each of the options give another 5 options) options. So who really believes that he is able to look forward, despite the thing which happens the next second. And remember the reality is worse, so the calculation for one year ahead is already way higher amount of realistic options. So in most cases I observe heavy simplification and self fulfilling prophecies by people working hardest towards their favourites and to a certain degree against what they do not like.

Ok, so lets try to look back. By looking at the past there is a high chance that someone asks for why did we select one option, even though there was this other brilliant option (a competition has decided for). Reality is, it was the same amount of options to choose from in the past 5 years than for the future 5 years. 30 billion options from the past, but ending up in a very specific one. Especially if the Enterprise Architect was part of the decision process (via recommendation) I often observe explanation variants which protect why the decision was taken as it was taken. (The only one I find acceptable is: Given the knowledge at hand at that time of decision we decided for the best to our knowledge at that time).

So  how to overcome this? For me it is a lot about living now, not in the future (GLUE Division Destination), because that specific future is most likely not coming true and not in the past (GLUE Division Defence), because it is gone. That puts up a lot of challenging questions when I am asked about a potential future and recommendations and a lot of challenges when I am asked to inspect and check for compliance, but I try my best.

Comments as always more than welcome to improve the ideas behind GLUE.