I planned for quite a while to write a post (or series of posts to be accurate) but there was always something distracting me. Well, that happens, so no worries. Yesterday and the day before I have been on the Gartner EA Summit which was truly great and enlightening in many different ways, despite my incapability to plan a bit ahead. When I left the hotel today 5:00 in the morning to catch the first flight home I truly planned to write about it, more than one post actually. But then something was brought to my intention, something what really matters. (I might though come back to the Gartner EA Summit and what I learned later).

The flight went fine and I got picked up as planned by the taxi. Perfect service by the way including Internet access and bottled water to drink. As always the travel went smooth and perfect, so I could work my way through a stockpile of email to put some things into context, sort one or the other topic. Basically normal travel type of work. But then, something was brought to my intention. Heavy impact actually.
Our car and another car almost unharmed, just small scratches in the rear, but have a look at the red truck who litereally was flying in as my driver told me on the rest of the travel more than once. 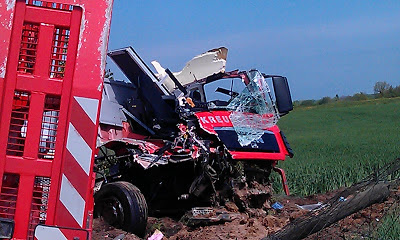 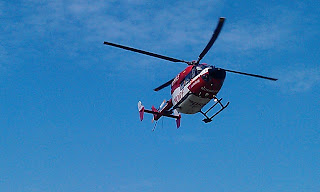 Given all what I learned at the Gartner EA Summit (and other events), why can that story not be told different?
So thank you consumer market for bringing us all these great new potential, but it is only interesting. Relevant is something else, nevertheless, please explore more, because it might be useful somewhere else. Truly relevant.﻿ Over to you.
P.S.: This was just a quick writing, the accident is less than 8 hours ago and I was doing quite some other things in between, but I believe there could be many stories created out of this and potentially there are already units in the world building this system so that it is usable, easy to use and as cheap as possible. I can only hope for that.
Eingestellt von Unknown um 20:41